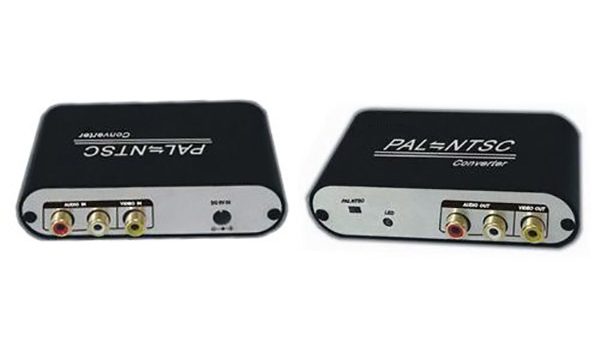 Although the issue of “standard” is not mentioned much now, it is a very important concept in the era of analog video surveillance, just like the basic standard of whether a motor vehicle runs on the left or on the right.

PAL (Phase Alternating Line) is a TV system established in 1965 and is mainly used in China, Hong Kong, the Middle East and Europe. The color bandwidth of this format is 4.43Mz, the audio bandwidth is 6.5MHz, and the picture is 25 frames per second.

In traditional CRT analog TV, a line scan, scanning in the vertical direction is called “field”, or “field scan”. Each TV frame is produced by scanning the screen twice, with the lines of the second scan filling the gaps left by the first scan. So a TV picture of 25 frames/s is actually 50 fields/s (30 frames/s and 60 fields/s respectively for NTSC).

The idea of “frame” comes from the early movies, a still image is called a “frame” (Frame). The picture in the film is 25 frames per second, because the persistence of vision of the human eye just meets the standard of 25 frames per second. Generally speaking, the number of frames, simply put, is the number of frames of pictures transmitted in 1s. It can also be understood that the graphics processor can refresh several times per second, usually expressed in FPS (Frames Per Second). Each frame is a still image, and displaying frames in rapid succession creates the illusion of motion. Higher frame rates result in smoother, more realistic animations. The more frames per second (fps), the smoother the motion displayed.

When a computer plays a video on a monitor, it just displays a series of full frames, without the TV trick of interleaving fields. So neither video formats nor MPEG compression techniques designed for computer monitors use fields. Traditional analog systems use a CRT monitor (similar to a TV) for monitoring, which involves “fields” and “frames.” The digital system uses LCD or a more advanced display (similar to a computer display) to process images using computer technology, so it only involves “frames”, which is also the difference between a digital monitoring system and an analog monitoring system.

Even in the era of artificial intelligence, “frame” is still a very important concept, and how to extract effective “frames” in continuous pictures is crucial. When extracting features of the same face, license plate, human body, and vehicle, how to avoid repeated extraction and extract the clearest picture lies in the “frame extraction” technology.