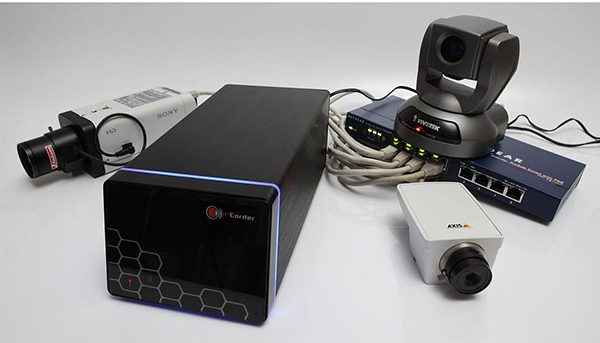 Since 2017, people have clearly felt that they are in the fourth industrial revolution. The core of the revolution is artificial intelligence. No AI is not safe, no AI is not smart, and no AI is not video. Artificial intelligence has been developed for more than 70 years, and the real historical impact on the development of video surveillance systems was in 2017. 2017 can be called the first year of this era. The commercial mature application of face recognition technology is the detonation of the birth of this era. point.

①The simulation era (1957-2004)
3 see: invisible, unclear, unintelligible
There are three characteristics of the simulation era:
Invisible. Limited by many factors such as cost, technology, etc., many places where monitoring equipment should be installed in the simulation era are not installed, which makes it invisible.
Can’t see clearly. The resolution of analog surveillance is based on TV. 380TVL, 420TVL, 480TVL, and 540TVL are all mainstream resolutions, which are far below the standard of high-definition surveillance. It is more obvious after the analog conversion (the lossy compression of DVR hard disk video recorder is especially obvious).
can not read. The analog video signal has almost no analysis and intelligent functions, and usually realizes the motion detection function of the picture (full picture or partial area).
The main functions of video surveillance in the analog era are surveillance, recording and playback of recordings.

③The era of intelligence (beginning in 2017)
3 See: can see, see clearly, understand
Thanks to the development of artificial intelligence technology, video surveillance has undergone qualitative changes after entering the intelligent era:
visible. In the case of global coverage, video surveillance is basically covered without blind spots to ensure that video can be seen in every place that needs to be monitored. Video surveillance is like human eyes to the city, otherwise there will be management blind spots.
Can see clearly. At present, the cameras used in mainstream applications are all networked, with pixels up to 2 million, 3 million, resolutions up to 1080P or 4K, or even higher resolution (such as 8K), and there are also cameras with large viewing angles such as panoramic and fisheye to ensure The picture you see is high-definition, wide, and can be used for intelligent analysis.
understand. Thanks to the development of computer perspective technology such as license plate, vehicle, face, human body, and object feature recognition in the past two years, the computer can automatically recognize this video or image with functions similar to the human eye, and has human brain intelligence.
In the intelligent era, video surveillance already possesses part of the functions of the human brain to realize video analysis and intelligent applications.

④The era of data (starting in 2018)
4 Full: panoramic data, full data, global data, holographic data
Cloud computing and big data are no longer fashionable vocabulary, they have penetrated into all aspects of social governance. After unstructured video image data is structured, big video image data can be formed. These data can be divided into four categories:
Panorama data. Contains data such as people, cars, things, mobile phones, access control, WiFi, IoT perception, maps, addresses, house numbers, grids, population, houses, units, urban parts, etc. in the spatial dimension.
Full amount of data. On the basis of panoramic data, it includes time dimension, full-time and spatial data, including trajectory, activity, event and other data.
Global data. The association between data is built on panoramic data, which belongs to multi-dimensional association information, which is collected from multiple channels, multiple perspectives, and multiple sides. The model that contains all the information of the system, realizes the association, collision and multi-dimensional perception of data.
Holographic data. The global data and video images are merged to produce three-dimensional, multi-dimensional, and interconnected full-time and spatial data. Typical applications include 3D holographic projection, virtual display VR, and enhanced display AR.